It is a great time of the year, as the 2019-20 basketball season is underway, and that includes the Wisconsin Collegiate Conference men's hoops teams.

Last year's East Division co-champion Sheboygan is off to a great start, sitting at 4-0 in league play and 7-4 overall. In a non-conference game last night, the Wombats defeated the Holy Family JV squad 95-83, as Glenn Phillips (25 points), Delvin Barnstable (25), and Jon Raddatz (22) all scored over 20 points.

Hosting their own Jack Snyder Classic over the Thanksgiving weekend, the Wombats went 1-1, with a loss to Joliet but an impressive 72-69 victory over Wester Wisconsin Technical College. The team opened conference play back in mid-November with a 111-82 win over Marinette, the team they shared the East Division crown with last season.

Waukesha had been 3-0, but suffered its first loss of the season last night against Fox Valley, 77-75. It was the first conference victory of the season for Fox Valley, and could be a precursor to a very competitive East race this season.

Baraboo is off to a 2-0 start in the West Division with a win over Richland a few weeks ago and an 85-76 victory against Wausau on Monday.

Speaking of Wausau, they split a pair of games this week, rebounding from the loss to Baraboo to take down Richland 112-77. Unfortunately no stats are available for either game.

It is a big weekend in the WCC, with the JustAGame Fieldhouse in Wisconsin Dells hosting a number of games throughout the weekend, with a few at UW-Baraboo as well. All told, ten games will be contested between the two sites.

A marquee matchup on Friday features Waukesha taking on Marshfield in a cross-divisional game at 6:15. Marshfield is 3-2 overall and 3-1 in league play, while Waukesha is looking to rebound from its first loss of the season on Wednesday.

Saturday action includes Waukesha facing off with Wausau, a team looking to contend in the WCC-West. Richland and Manitowoc close out the weekend on the Court of Champions at the JAG with a 6:15 tip-off.

There are a couple of non-league games next week, as Sheboygan hosts the Lakeland JV group next Monday and Marinette welcomes in the Bryant & Stratton JV on Tuesday night. 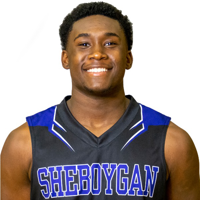 Sheboygan got in three games in the last week, going 2-1 in those contests. Several players had outstanding weeks, especially Glenn Phillips, a first-year player from West Allis Central. Last night against Holy Family JV he poured in 25 points with seven rebounds and seven assists. He had 12, 6, and 7 in a loss to Joliet last weekend with a game-high 31 points in a victory over WWTC, adding five rebounds and three assists.