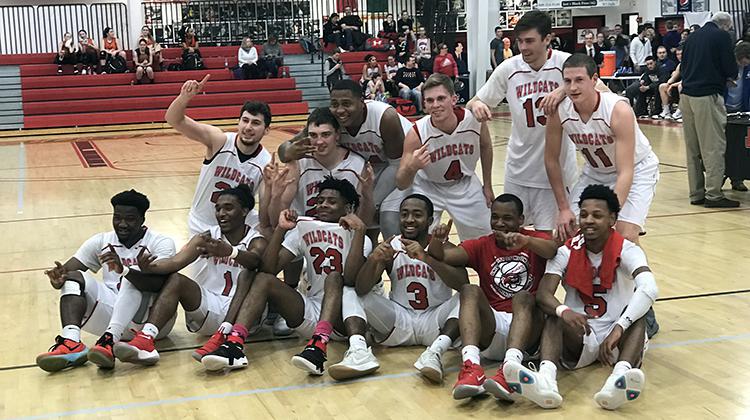 The UW-Washington Wildcats captured the Wisconsin Collegiate Conference State Tournament championship over the weekend, scoring a pair of impressive victories. On Saturday, the Wildcats got past UW-Baraboo 91-79 despite going 0-15 from the three-point line. Adrian Huerta led the way with 23 points, while A.J. Barnes, Jr. had a double-double with 10 points and 11 rebounds.

In the championship game on Sunday, Washington would face off with UW-Sheboygan, after the Wombats topped UW-Marathon 79-67 in Saturday's other semi-final. Sheboygan saw five different players score in double figures in the victory over Marathon, led by 18 from Vinny Montazella (Sheboygan Lutheran).

The first half of the championship game was a hotly contested affair, with the teams trading buckets quite a bit in the early going. Washington was able to put together a run to take a 32-27 halftime advantage, then pulled away in the second half to cruise home to a 78-57 victory. J Braxton Thomas had a game-high 18 points, while Huerta added a double-double with 15 points and 12 rebounds.

The WCC announced the All-Tournament Team at the completion of the event: