Each week WSN will take a look at the happenings in the Wisconsin Collegiate Conference, which includes many of the two-year campuses in the UW system. A look back at the big performances and news from the week before, a look ahead to some of the big games coming up, plus a Player of the Week will be featured.

It was a light schedule of games in the WCC in the past week, with just four contests since last Wednesday.

Marinette remained in good shape heading into the stretch run with a pair of dominating victories. The Buccaneers defeated Marshfield 82-43 on Wednesday before easily handling Barron 97-34 on Saturday.

Fond du Lac pulled away from Marathon to score a 61-45 victory on Wednesday, outscoring the Huskies 30-16 after halftime. Three players hit double figures for the Falcons, including Hailey DeBoard-Rusch, Cassidy Williams, and Kelsey Margelofsky.

In other action, Waukesha went down to Bay College 74-46 on Thursday night.

Surprisingly, there are no games on the schedule for tonight in the Wisconsin Collegiate Conference women's basketball, and just two in the next week.

Both games involved Waukesha, who welcomes in the Wisconsin Lutheran JV squad on Thursday. On Saturday, the Cougars host Marshfield, a team that has not won a game yet this year and struggled to be competitive, with no games decided by fewer than 40 points. 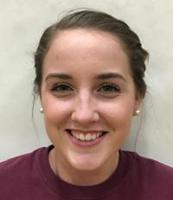 First-year player Hailey DeBoard-Rusch (Lomira HS) has been a pretty consistent performer for the Falcons this season, averaging 12 points and seven rebounds per game. Her stellar play against Marathon last week allowed Fond du Lac to avenge an earlier loss by securing a 61-45 victory. DeBoard-Rusch scored a game-high 16 points, adding six rebounds and four assists in the contest as well.